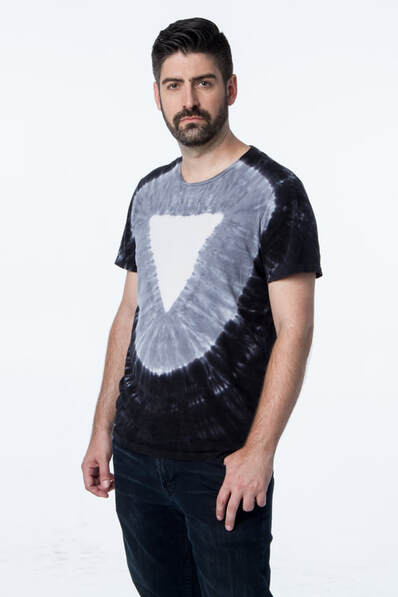 Photo: Mark Maryanovich.
An unmistakable musical inclination caught the attention of Matt Grossman's parents at the early age of three.  Mom and Dad – music lovers themselves – ignited the spark by placing a violin in their young son's arms.  Although the future music maven seemed to crave the sounds of the instrument, he instinctively gravitated toward the family piano.  Perhaps it was genetics flowing from Matt's gifted piano playing grandfather or simply the first signs of a keyboard prodigy.  Either way, three-year-old Matt took to classical piano lessons the way most youngsters savor cookies and ice cream!

​Although born in Phoenix, Arizona, the family moved to Colorado when Matt was just five.  The move didn't deter the child's musical drive for one moment.  Indeed, as soon as movers could place the piano in their new home, Matt's lessons resumed.  By the age of sixteen, the piano wunderkind began to apply his classical background to more contemporary music.  Perhaps going to what some might deem an extreme, Matt joined a punk band, where he employed his formidable skills to an unlikely pastiche of music revelry.  While many parents might have viewed the choice with furrowed brow, Matt's parents encouraged him to honestly express his musical prowess wherever it took him.  While punk was exhilarating for the ever-burgeoning musical connoisseur, he developed an appreciation for rock, where he began combining his classical training with the sounds of the day.  What emerged was a personal challenge, touching on progressive rock, while celebrating a confluence of sounds that require perfect timing and a solid understanding of music theory.  Perhaps the yearning for knowledge prompted Matt to broaden his horizons, learning guitar, bass guitar and working to hone impressive lead vocal skills.  Unwavering, Matt's parents where always there supporting him without fail.  During his high school years, Matt performed in multiple concert and jazz bands, ultimately forming an original pop-rock band that released two albums, for which he co-wrote, sang lead and back-up vocals, as well as playing bass. 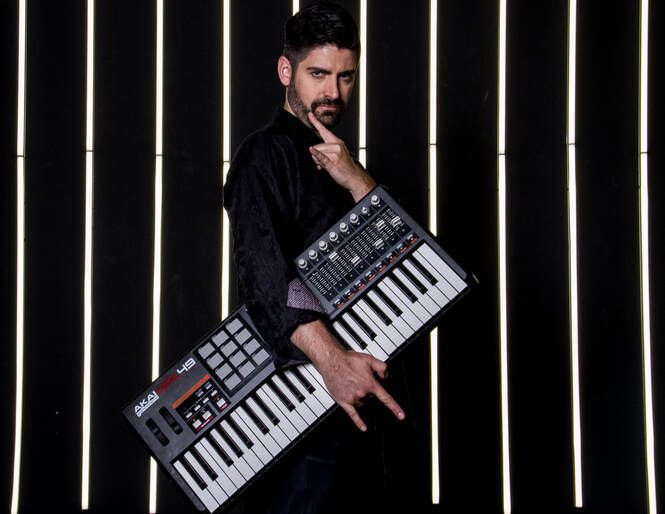 Photo: Mark Maryanovich.
After high school, Matt carefully selected Portland State University (PSU) as a result of their acclaimed classical music program, graduating with a Bachelor of Music in Piano Performance. While at PSU, Matt studied under master teachers Lisa Marsh, Harold Gray and Paul Roberts, among others; with emphasis on 19th Century and early 20th Century repertoire. Indeed, during his time at PSU, Matt won the Oregon State Young Artist Award, bestowed on him by the Music Teacher's National Association (MTNA) and placed third in a prestigious concerto competition.

With a degree in hand, Matt put his skills to work in Portland’s musical theater community, as both a pit orchestra musician and eventually Music Director of multiple offerings by Pixie Dust Productions, Triangle Productions, Lakewood Theater, Oregon Children’s Theater, and several others – finishing runs of approximately 30 different musicals.  In addition to his duties as a Music Director, Matt collaborated as a classical musician with Columbia Symphony Orchestra and performed as a freelance accompanist.  Although in demand, Matt never for a moment stopped writing and producing original compositions, along with his electronic music.  Having stayed in Oregon longer than originally planned, Matt began looking for a graduate school to pursue even higher education.  His choices were limitless, but Boston not only offered incredible opportunities for education, but his brother lived there, making a transition relatively seamless.

Matt arrived in Boston, as planned.  However, a classically trained, progressive rock player, with a bold vocal and interchangeable instrumental skills, was well sought after in the home of Aerosmith, Boston & Godsmack.  Shortly after his arrival, Matt joined a staple of Boston's music community, Hot Mess, performing literally hundreds of shows over just a few years.  Eventually, Matt decided to focus on writing, producing and collaborating at a high level – a professional level – with session musicians of his caliber.  Such ambition required a move to Los Angeles; arguably the capitol of the music business.

Accordingly, Matt moved to Los Angeles in 2018, and shortly thereafter joined The Rocky Kramer Band, where he offers up his formidable skills as a premier keyboardist and vocalist.  This dynamic musician is a driving force behind the concept album approach Rocky brings to the world of progressive metal; a sound you must experience to believe.  Catch Matt in concert as he and his bandmates tour the world performing Rocky's recently released debut album, Firestorm!

​Visit Matt and The Rocky Kramer Band on the web at RockyKramer.com.